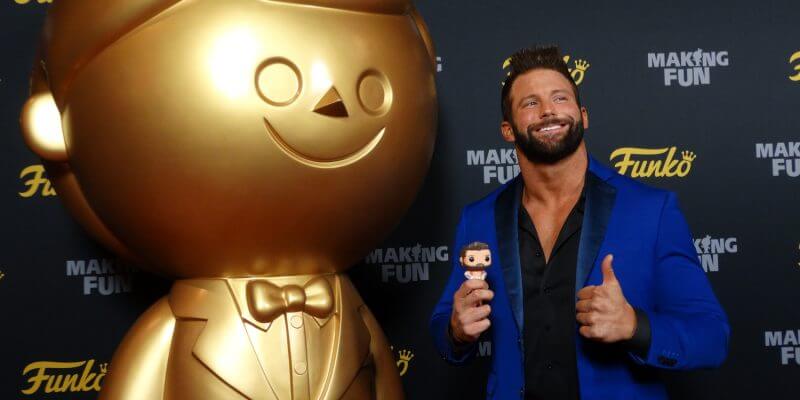 Pop-culture documentaries are a dime a dozen these days. Log in to Netflix and surf around, you’re bound to encounter more than a handful of examples. The genre’s omnipresence makes it difficult for individual entries to stand out, especially since the vast majority of the ones produced are of mediocre quality. There’s only so many times you can insist that one particular franchise or fan culture is more unique than all the others. Eventually it all kind of starts to blend together.

This week I was invited to attend the World Premiere of “Making Fun: The Story of Funko” at the world famous TCL Chinese Theatre in Hollywood, California. It’s a documentary covering the history and phenomenon of the Funko brand of vinyl bobbleheads and figures that have been in production for nearly twenty years. The movie also thoroughly covers the lifestyle of passionate Funko collectors and the community that surrounds their hobby.

In my seat at the premiere I was surrounded by a number of B-list celebrities such as Cassandra Petersen (Elvira), Robert Englund (Freddie Krueger in the original “A Nightmare on Elm Street” series), WWE wrestler Zack Ryder, and professional skateboarder Tony Hawk– all of whom are interviewed in the movie about their likenesses being transformed into Funko Pop! Vinyl figures. Some of them are even enthusiastic collectors themselves.

The remainder of the audience was populated by Funko executives, employees, and some of the biggest fans (as also featured in the movie), so it’s likely this premiere will have been the most exuberant reception the movie will ever get. And get an exuberant reception it did, with thunderous applause as soon as the credits hit the screen, followed by an interesting Q&A with Funko CEO Brian Mariotti. The movie itself is briskly edited but overlong– we were told the version screened was a director’s cut, with at least one full sequence to be cut out prior to release– and it’s occasionally repetitive. Multiple interviews with fans reiterate the same reasons why people are into Funko toys: nostalgia, fun, and maybe a little bit of self-admitted obsessiveness. Otherwise it’s a entertaining and pleasant enough look at a somewhat interesting subculture.

Where the repetitiveness serves itself best is in reinforcing the communal aspect of collecting Funko: how fan groups began annual meetings to celebrate their pastime, how founder Mike Becker fostered a rabid but benign group of followers, and how some employees started at the company by simply hanging around its booth at San Diego Comic-Con. “Making Fun: The Story of Funko” shines when it gets to the emotional connection that its participants have cultivated in the two decades since Funko began. As the movie’s tagline states, “Come for the toys, stay for the people.” That alone is a convincing enough premise to set “Making Fun” apart from the pack. After all, this is a story not just about pop culture and plastic figures, but about the human beings whose devotion and support help bring those things into existence and sustain their continued growth.

I can’t personally claim to be a Funko enthusiast. I grew up on action figures that strove to look as much like their mass-media counterparts as possible. Funko bobbleheads and Pop! Vinyl figures are too stylized for my tastes, but after watching the movie about their production and their fanbase, I can say I have a better understand of why others are so into them. No official release date has been announced for “Making Fun: The Story of Funko.”

Comments Off on REVIEW: “Making Fun: The Story of Funko” makes a convincing case for plastic toys as foundation for community