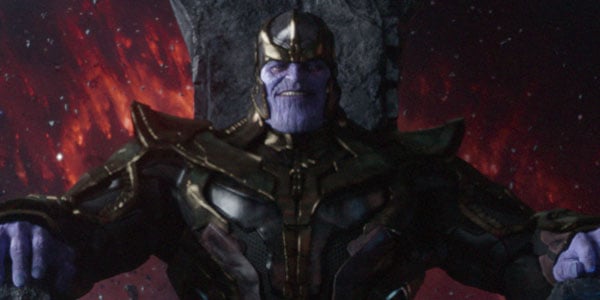 The as-yet-untitled Marvel Cinematic Universe film “Avengers 4” has wrapped production and now all we can do is count down the days until our heroes come face to face with the mad titan and attempt to tackle their toughest challenge yet.

Before that though, the cast and crew of the movie have something to celebrate, having finished filming what is sure to be yet another massive hit in Marvel’s library.

Naturally, they celebrated with a wrap party, but an event this super couldn’t have just any wrap party. The Russo Brothers, who directed the film, shared an image on their Facebook page of the incredible, Thanos-themed cake they had at their celebration.

Posted by The Russo Brothers on Thursday, January 11, 2018

Much speculation has been made regarding the cake, pointing out that it may be spoiling who survives the fight with Thanos and who doesn’t. Personally, I wouldn’t look into it too much. The Russos tend to be very careful with their secrets.

One thing I think we can be certain of though, is that the Thanos we see on screen will not be nearly as sweet as the one on that cake when “Avengers 4” hits theaters May 3, 2019.

Comments Off on PHOTO: “Avengers 4” cast and crew celebrate at wrap party with incredible Thanos-themed cake