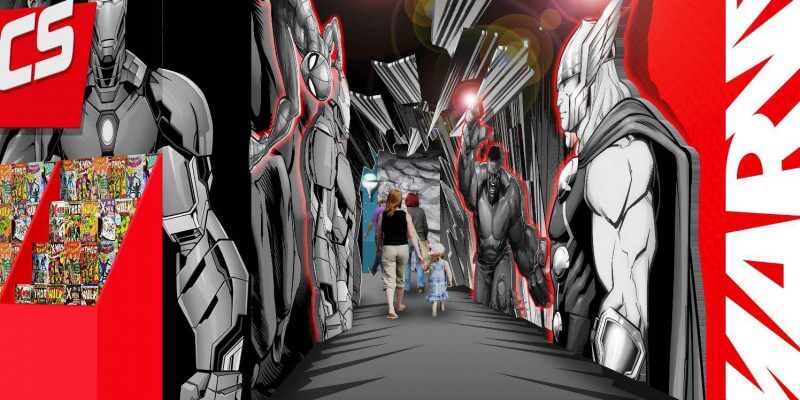 Spider-Man, Thor, and the Incredible Hulk are heading to Madame Tussauds Blackpool in the United Kingdom.

Merlin Entertainments, the owners of Madame Tussauds, announced a new attraction inspired by Marvel comics and movies is set to open later this year. The experience features four zones, where guests encounter Marvel figures and take part in interactive experiences. Merlin is investing £1 million into the new Marvel attraction.

Three out of four zones have been confirmed, and include the following:

Guests enter a Jotunheimice cave and come face-to-face with Thor himself. Visitors can attempt lifting Mjolnir, Thor’s legendary hammer that was forged from Asgardian metal Uru.

Guests enter a New York street covered in debris and encounter the Hulk. Here, visitors can test their strength by trying to lift a wrecked taxi cab. High above the city streets, Spider-Man is suspended in air as Daily Bugle photographers snap his picture.

Details on the fourth zone will be announced later.

“We are working closely with Merlin Magic Making and Marvel on the design and build to ensure the new attraction is authentic to the comics and offers unique experiences,” said Matthew Titherington, General Manager at Madame Tussauds Blackpool. “Many of the interactive elements are bespoke to Madame Tussauds Blackpool – something UK visitors have never seen before.”

The new Super Hero-fueled attraction is set to open in March. For more information on Madame Tussauds Blackpool, head over to their website.