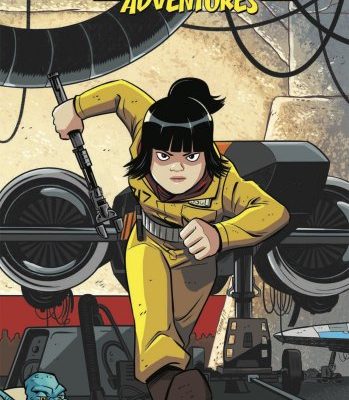 If you saw “Star Wars: The Last Jedi” and you want to see more of Rose Tico, the newly introduced Resistance maintenance worker, you’re going to want the next issue of the “Star Wars Adventures” comic book.

The sixth issue of the comic will feature a story titled “Rose Knows” that will focus on Rose and her sister Paige. Resistance pilot Poe Dameron also makes an appearance in the new story.

A preview of “Rose Knows” was released today: Rose will also be featured in the next “Star Wars: Forces of Destiny” issue later this month. “Star Wars Adventures” will be available digitally and in comic book stores January 17.