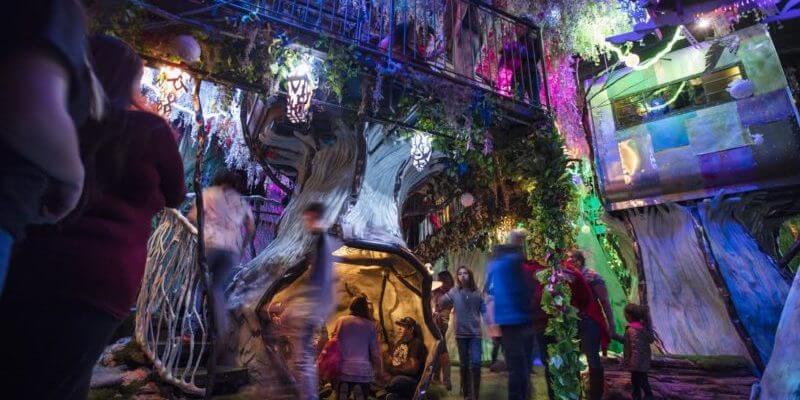 The acclaimed art collective Meow Wolf, whose permanent installation “House of Eternal Return” has garnered praise and awards in New Mexico, announced today that its next exhibition will be coming to downtown Denver, Colorado sometime in 2020.

While Meow Wolf often defies description, it can be said that the group creates fantastical visual experiences in physical spaces. “House of Eternal Return” was funded by a grant from “Game of Thrones” creator George R.R. Martin, and constructed inside an abandoned Santa Fe bowling alley. In addition to serving as a mesmerizing interactive walk-through attraction, the venue also regularly hosts live musical performances, instructional art workshops, and other productions.

Meow Wolf is currently raising funds for its Denver project, selling $10,000 lifetime passes, tickets to the opening night gala, and early bird general admission to the eventual Colorado expansion. The collective hope to raise between $30 and $50 million dollars for what they compare to the “budget of a major motion picture.”