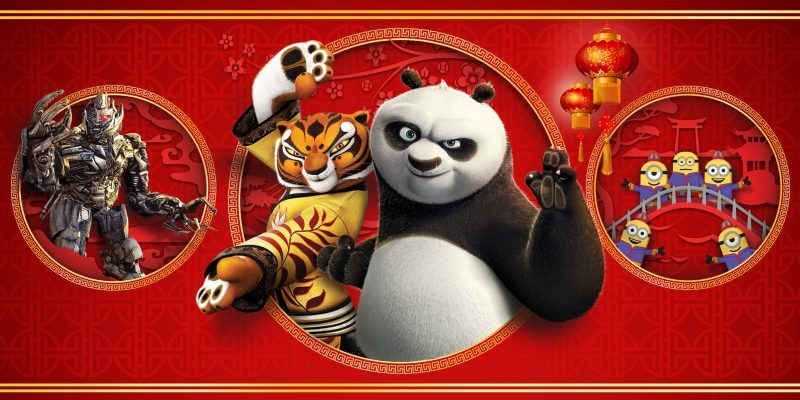 The Year of the Dog is coming to Universal Studios Hollywood, as the Southern California theme park prepares to celebrate the popular East Asian holiday Lunar New Year once again.

And of course, Universal’s Lunar New Year celebration would not be complete without character meet-and-greets from “Kung Fu Panda” characters Po and Tigress, plus the return of Mandarin-speaking Megatron from “Transformers” and the debut of the “Despicable Me” Minions in traditional Lunar Year Year garb! And watch out for an appearance from Japanese icon Hello Kitty elsewhere in the park as well.

The Lunar New Year celebration (including with theme park admission) runs from Saturday, February 10 through Sunday, February 25 at Universal Studios Hollywood in Los Angeles, California. Be sure to visit the park’s official website for more information and advance ticketing resources.