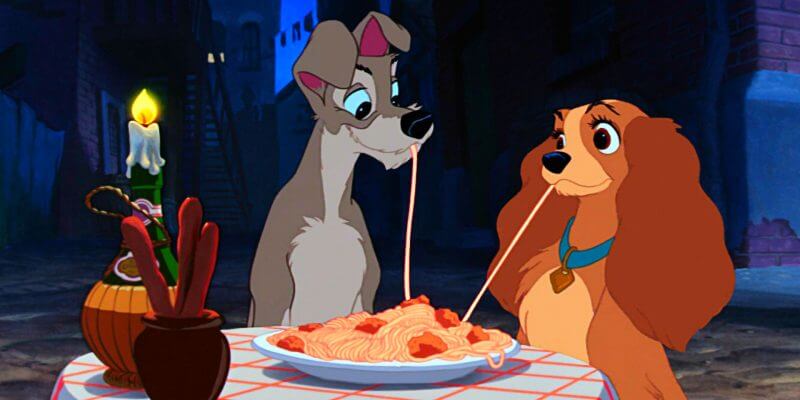 “And they call it Bella Notte…” Fans of Walt Disney’s fifteenth animated feature “Lady and the Tramp” have something to celebrate this year, as today Disney announced the beloved classic would return to home video with a Walt Disney Signature Collection release.

“Lady and the Tramp” was originally released into theaters on June 22, 1955, produced by Walt Disney himself in the heyday of theatrical animation. In celebration of National Spaghetti Day on January 4th of this year, Disney revealed that the new edition of “Lady and the Tramp” will include “three versions of the film, classic bonus material, and three all-new features.”

Joining a new tradition, “Lady and the Tramp” will become the sixth animated feature in the already-cherished Walt Disney Signature Collection, alongside such time-honored titles as “Snow White and the Seven Dwarfs,” “Beauty and the Beast,” “Pinocchio,” “Bambi,” and “The Lion King.”

Included with the Blu-ray disc and digital releases are the original theatrical version of the film, a fun sing-along option with subtitles running along the bottom of the screen during every song, and the choice to watch the movie with audio reenactments of Walt’s story meetings, giving viewers a unique insight into how this esteemed motion picture first came together. Other bonus features include:

Classic Bonus Features on Digital Only