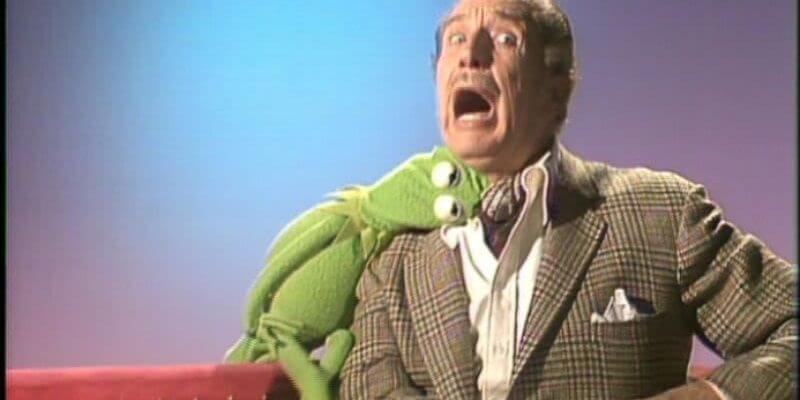 The original “Muppet Show” (1976-1981) was one of the best comedy shows ever to ride the airwaves.  By the time this brilliant send-up of madcap variety and Henson craftsmanship completed its final season, scores of celebrities had lined up to make an appearance on the primetime show.

Names like Debbie Harry, Roger Moore, Twiggy, Peter Ustinov, Danny Kaye, Steve Martin, Paul Simon, Johnny Cash, along with Mark Hamill, Peter Mayhew, and Anthony Daniels of “Star Wars” fame, Alice Cooper, Lynda Carter and more have appeared on “The Muppet Show.” Of the many famous faces featured, five found favor for me and they are listed below.

The piano legend appeared as a guest star in episode 405 of “The Muppet Show.”  Performing for Fozzie, Borge plays Beethoven’s “Moonlight Sonata” with a bit of encouragement from Beethoven’s bust.  The orchestra of babies (complete with kazoos) accompanying during Tchaikovsky’s 1st Piano Concerto is particularly amusing, especially as Borge and the band play off of each other for this number.

The versatile veteran of slapstick comedy, Peter Sellers, shows some of his offbeat comedic prowess while preparing backstage.  The “Pink Panther” star also performed a musical number, “Cigarettes and Whisky,” accompanied by a cast of musical muppets. As part of his agreement to perform during episode 219, Sellers insisted that he not be interviewed as himself. The result was a rather bizarre bit of comedy in which Sellers states, “There is no me, I do not exist . . .There used to be a ‘me,’ but I had it surgically removed.”

For the episode guest starring former Monty Python and “Fawlty Towers” star John Cleese (#223), writing the script was also part of this guest star’s talents for the episode.  Cleese, in his dressing room, helps “fix” Gonzo after a cannonball catching mishap and refuses to sing for his final number.

“Star Wars” found its way into a Muppet Show episode (#417) featuring Mark Hamill joined by several stars from the space saga.  In a surreal glimpse of the future (Disney eventually took ownership of both “The Muppets” and “Star Wars”), the episode is a wonderful nod to the space saga.

A typical “Muppet Show” ending of a number interrupted when there is no other way out is seen in a scene with Mark Hamill and Angus McGonagle (who was “bumped” from the episode when Mark’s “cousin” Luke burst in during the show’s opening.)

Parody “Pigs in Space” placed Luke, C-3PO and R2-D2 aboard the “Swine Trek” as part of Mark Hamill’s appearance on the show.  While on a mission to rescue Chewbacca, Piggy impersonates Leia and Gonzo becomes Darth Nadir.

Horror icon Vincent Price appeared in episode 119.  This has to be my favorite episode for all the extra monsters and spooky fun featured in the half-hour show. That may also have to do with an appearance, with Mr. Price, of my favorite muppet: Uncle Deadly. A panel discussion on gourmet dining was a nice nod to Price’s passion for cooking.  A fangtastic gag takes place in the Kermit/Price chat.

“The Muppet Show” will always hold a spotlight in the wonderful stage that was my childhood.  Fans of the series can still find the first three seasons on DVD (hey, Disney – PLEAASSEEEE release the rest of the episodes!!!). Who is your favorite “Muppet Show” guest star?  Share your Muppet memories in below. We promise Statler and Waldorf will not heckle your comments.