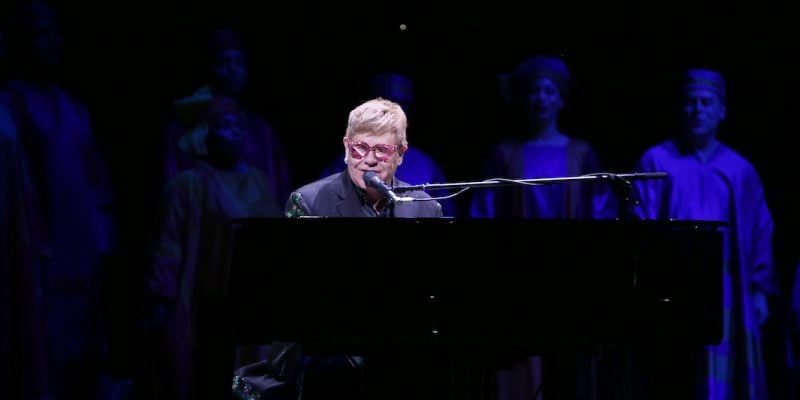 Celebrated world-famous singer-songwriter Elton John is perhaps best known to Disney fans as the mind behind the music from “The Lion King,” but he’s also sold more than 300 million records and had more than fifty top-40 hits. And now he’s embarking on a worldwide “Farewell Yellow Brick Road” tour that will include stops in American theme park capitals Orlando, Florida and Los Angeles, California.

In 1994, Elton John teamed up with lyricist Tim Rice to compose the songs “Circle of Life,” “I Just Can’t Wait to Be King,” “Be Prepared,” “Hakuna Matata,” and “Can You Feel the Love Tonight” for Disney’s animated feature “The Lion King,” which won the duo an Academy Award for Best Original Song.

John also famously dressed as Donald Duck for a 1980 concert in New York City’s Central Park and contributed to Disney’s Broadway musicals “Aida” and “The Lion King.” He was honored as a Disney Legend in 2006.

The relevant dates for his Farewell tour are as follows:

Many more tour dates and further information about the “Farewell Yellow Brick Road” Tour can be found at Elton John’s official website.