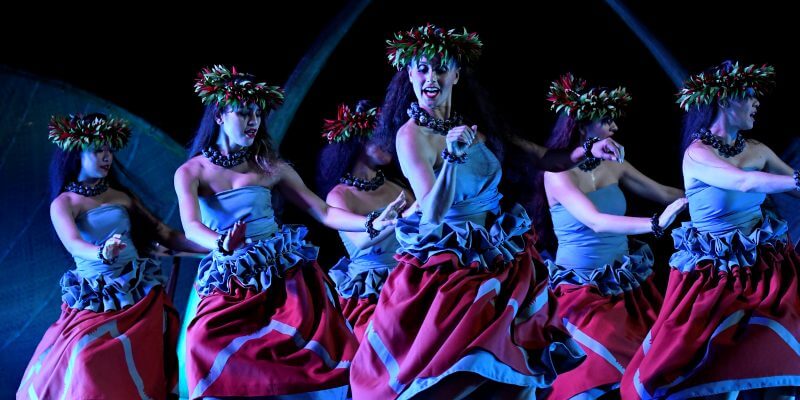 Aulani Resort & Spa, which opened in August of 2011, was created with local artisans and cultural experts to capture the natural wonders and rich traditions of Hawaii. To continue with this theme, the resort is now offering the brand-new KA WA‘A luau, an imaginative dining and entertainment experience.

WATCH: INSIDE LOOK AT THE BRAND NEW KA WA‘A LUAU:

“KA WA‘A” or “the canoe,” symbolizes the incredible journey across the ocean by the Hawaiian people—from ancient times to the present day. In keeping with the cultural roots of Aulani Resort, KA WA‘A luau immerses guests in the world around them, recounting tales of Oahu and the resort’s surrounding ‘Ewa plains, as well as the legends of the demigod Maui. The experience includes lively music and traditional Hawaiian dance, including hula kahiko and modern hula ‘auana, which vividly bring the show’s story to life. Before the luau, guests can enjoy special pre-show entertainment and family activities.

Young guests will have the opportunity to learn the Aulani Hula and perform along with their favorite Disney friends. Guests can also observe and participate in traditional arts, such as lei making, ku‘i kalo (taro pounding) and kāpala (printing). For young ones with picky palates, the event also includes many food offerings geared for kids. Options include shaka macaroni and cheese, chicken tenders, Mickey-shaped pastas and more.

Below, take a look at some of the traditional hula dancing that can be seen at the actual KA WA‘A Luau at Aulani.

KA WA‘A luau pre-show begins at 5:00 p.m. and is offered on Tuesdays, Wednesdays, Fridays, and Saturdays (subject to change, based on season). Admission starts at $129 for adults and $79 for keiki (children 3-9 years old). Keiki under 3 can attend for free.

To make reservations for this culturally rich event, call (808) 674-6320 or visit the official website.