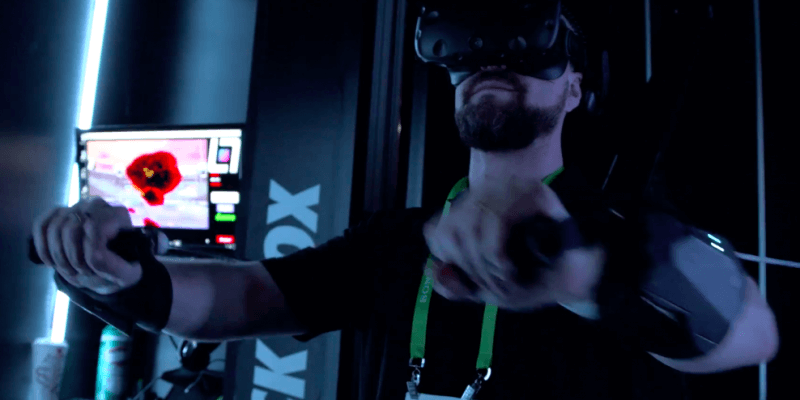 Black Box VR is a tech company with a mission to change the fitness industry by paring virtual reality with resistance training, gaming principles and high intensity cardio to create a brand new workout experience.

At CES 2018, they provided a preview of their plan to take that concept and plug it into a high-tech, boutique gym experience in San Francisco that would turn working out into a challenging game.

The CES demo featured just a small sample of what the finished product will include. The company will create literal black boxes that users will step into and get a virtual reality workout using the HTC Vive.

The game puts users in the middle of a stadium and challenges them to ward off oncoming attackers by hurling projectiles at them while doing a standing chest press.

These Black Box VR gyms are planned to open in San Francisco this year. Black Box VR plans to eventually incorporate the ability to have players compete live against other people across the world. For now though, they will use local leaderboards to track scores.