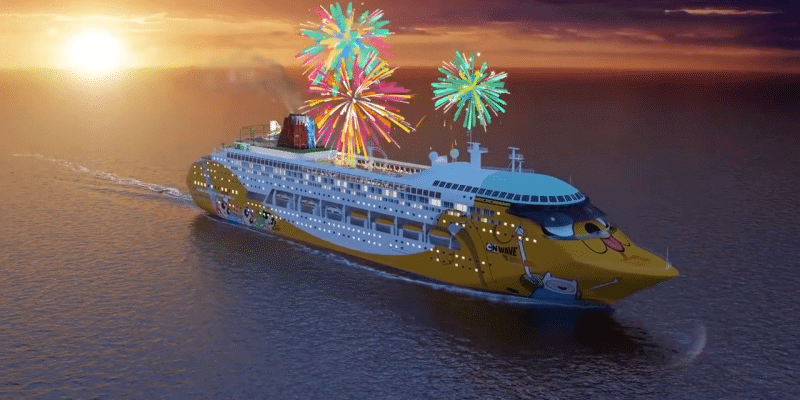 You can already set sail with some of your favorite characters on Disney’s Star Wars and Marvel Day at Sea trips, and now Cartoon Network is offering their own character-filled vacation.

The newly announced Cartoon Network Wave ship from Turner and Singapore-based Oceanic Group is set to launch later this year and features toons such as Powerpuff Girls, Ben 10, and Adventure Time. Guests can stay in one of 800 fully-themed cabins and suites, including two of the world’s first triplex suites.

Take a peek at the new Cartoon Network Wave ship in the video below.

Onboard attractions include a ropes course adventure, themed parties, and a Johnny Bravo-themed American diner. Young Tooniverse, geared toward guests aged 4 – 12, is an indoor/outdoor area featuring activities and entertainment. At the Power Cage, guests can enjoy “gravity-defying circus acts.”

In all, the ship includes 11 decks of shopping, entertainment, restaurants, pubs, cafes, and bars. Cartoon Network Wave will be docked at the Singapore Cruise Centre and sail to 13 destinations in the Asia Pacific region, including Thailand, China, Japan, Malaysia, Taiwan, South Korea, and Australia.

Pricing begins at $150 per night and online booking starts later this year.