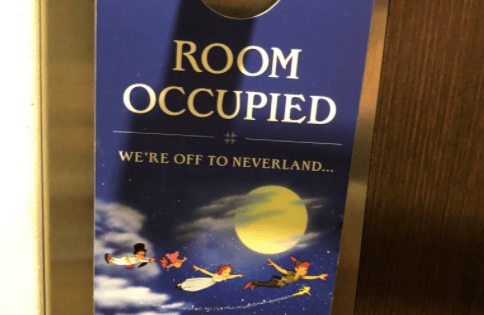 Guests of Walt Disney World Resort hotels will no longer be able to hang a “Do Not Disturb” sign on their door to keep housekeeping from entering their room.

Instead, they will have the option to hang a sign that says “Room Occupied,” however Walt Disney World staff is now required to enter an occupied room at least once per day even if the guest refuses housekeeping.

Walt Disney World staff will only enter a room after knocking and announcing themselves.

The new privacy signs arrived in our room today at BLT. Ummm yeah…. no one is gonna take these home. ?‍♂️ pic.twitter.com/kkmqT7dDxw

The change has been made for security purposes in the wake of the Las Vegas shooting back in October. The gunman reportedly hung a “Do Not Disturb” sign on his door for three days, giving him time to prepare for the attack.

The new policy has been implemented at Disney’s Contemporary Resort, Grand Floridian and Polynesian Village Resort and is expected to roll out to the rest of the resorts in the upcoming months.