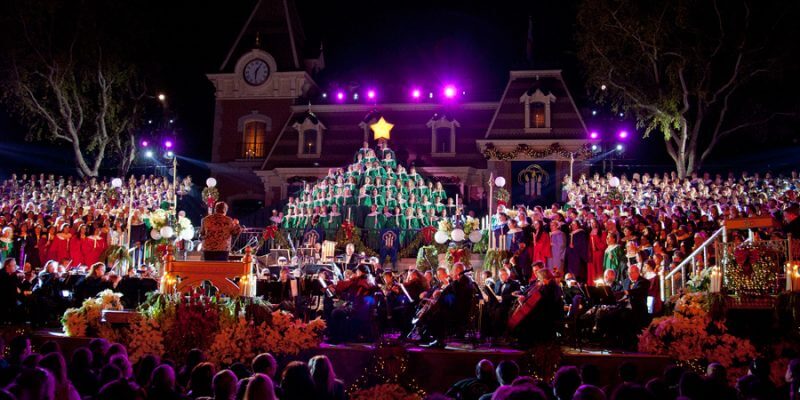 Each year around this season, Walt Disney’s original Magic Kingdom in Anaheim California– plays home to the CandleLight Ceremony and Processional, a 45-minute musical tribute to the New Testament story of Jesus Christ’s birth, and without a doubt the most outwardly religious event hosted at Disneyland each December.

This year the Disneyland Symphony Orchestra, fanfare trumpets, hand bell ringers, and approximately 550 choir members were joined by “Thor: Ragnarok” star Chris Hemsworth, who narrated the tale of the Nativity in between moving renditions of a variety of Christmas songs.

The CandleLight Ceremony and Processional started under Walt Disney’s supervision in 1958, and was held this year twice daily on Saturday and Sunday, December 2nd and 3rd. All of the performers assembled on the Main Street USA train station as thousands of onlookers enjoyed the colorful and highly-entertaining show.