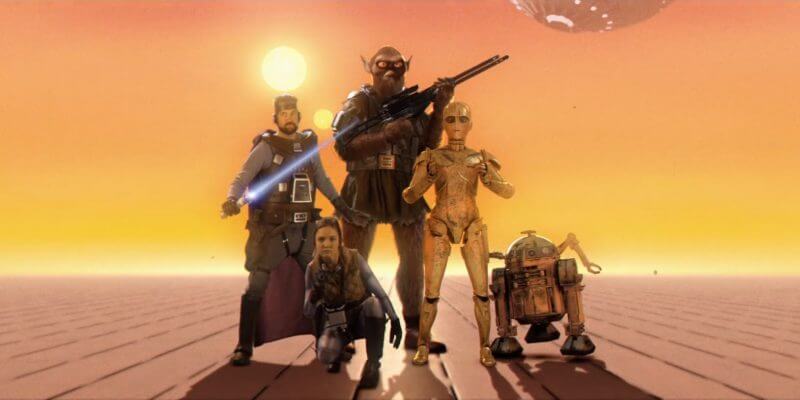 Among the people who were most influential during the development of the original “Star Wars” movie in the mid-1970s, concept artist Ralph McQuarrie was certainly in the top three. His designs shaped the look of the characters, locations, and vehicles that have become immeasurably iconic over the subsequent four decades, and have reverberated through the Star Wars prequels, sequels, and television series.

In a tribute to McQuarrie and his legacy, a group of students at the DAVE Digital Animation and Visual Effects School in Orlando (located on the backlot of Universal Studios Florida) have created an impressive custom-made trailer that envisions a very different “Star Wars” movie directly inspired by that early concept art.