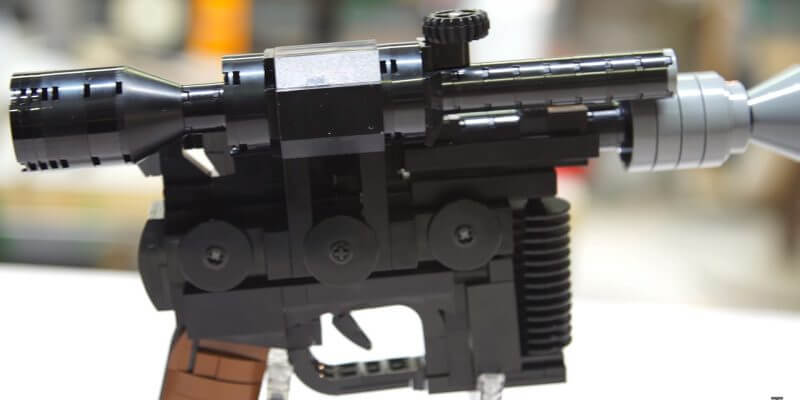 It’s no secret that industrial designer, special effects guru, and former star of Discovery Channel’s “Mythbusters” Adam Savage is a huge “Star Wars” fan– he’s cosplayed as Chewbacca, Admiral Ackbar, and Kylo Ren at San Diego Comic-Con and heck, he even worked as a model maker for Lucasfilm’s Industrial Light and Magic during the prequel era.

However, as cool as it is, it’s also important to note that the LEGO Han Solo blaster wasn’t designed by Adam Savage.. In the video, he credits Etsy user Adam Gladwin, AKA Demonhunterbricks, who did an incredible job getting the iconic “Star Wars” weapon to look just right using a wide variety of LEGO elements.

This custom-designed LEGO DL-44 blaster can be yours for $166.79, but Gladwin notes on his Etsy shop that due to increased visibility after being featured on Tested, there is now a wait time of one to three weeks for the item to ship.