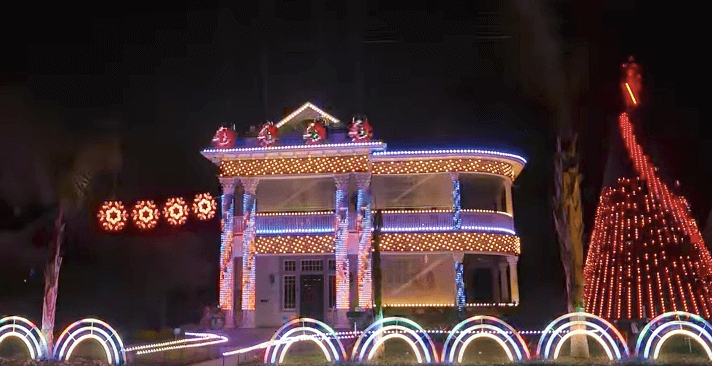 Software Engineer and Star Wars fan Matt Johnson knows the power of the dark side. In fact, he may have used some of that power when he transformed his house into an incredible Star Wars Christmas light show.

Set to an EDM remix of the iconic “Imperial March,” this show combines all the excitement of Star Wars with the glimmering lights of Christmas and even features a line from Darth Vader himself.

Johnson spent roughly the same amount of time producing the products for this show as he did programming it and about five weeks installing the lights. Because of that lengthy process, he is already thinking about next year’s project.

Those interested can go see the show any night from 6 PM to 10 PM at Dignowity Park in downtown San Antonio, Texas between now and New Years.