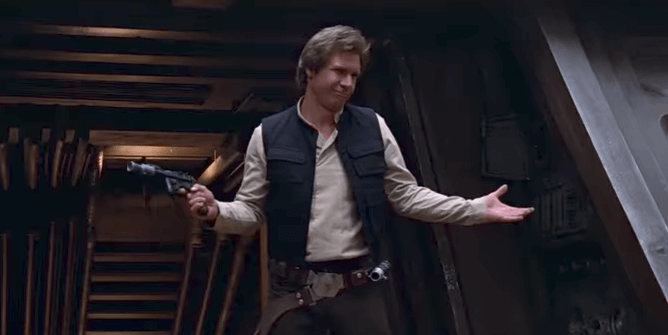 Which “Star Wars” films are good and which ones are not is an often-debated topic that usually garners mentions of Jar Jar Binks and Midi-chlorians.

While the original trilogy is usually (mostly) safe from these discussions, the folks at Screen Junkies thought “Return of the Jedi” deserved some bashing as part of their “Honest Trailers” series.

The latest addition to the popular Youtube series homes in on Ewoks and George Lucas’ updates to the film that include dancing CGI characters as the weak point of the film.

Still, many find “Return of the Jedi” to be a classic and the perfect (original) conclusion to the series. Will the next “conclusion” be epic enough to be safe from the “Honest Trailers” series? You’ll have to judge for yourself when “Star Wars: The Last Jedi” comes to theaters December 15.