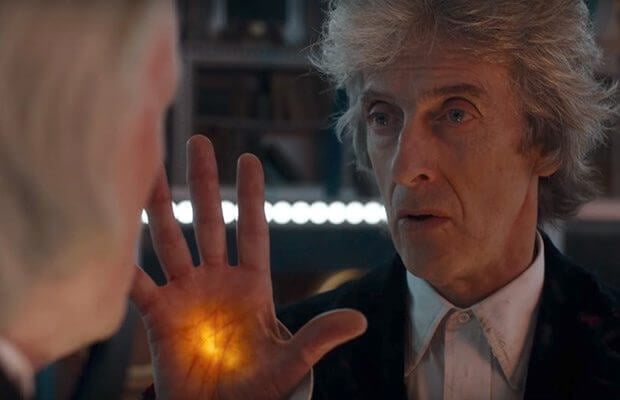 This year’s “Doctor Who” Christmas Special not only brought an emotional end for Twelve (Peter Capaldi), it ushered in the show’s first female Doctor with Jodie Whittaker’s Thirteen.

The episode, titled “Twice Upon a Time,” picked up where season 10 finale’s left off, with a mortally wounded Twelve refusing to regenerate. He encounters his former self, played by David Bradley, who is regenerating for the first time. Together, they embark on an adventure with glass-like beings, a WWI captain (Mark Gatiss) destined to die on the battlefield, and a mysterious version of Bill (Pearl Mackie).

See Peter Capaldi’s final moments as the Doctor, along with Jodie Whittaker’s thrilling arrival in the video below.

“Twice Upon a Time” aired on BBC America on Christmas Day.

You can watch the full episode now by logging into the BBC America website.

Comments Off on VIDEO: Peter Capaldi regenerates as Jodie Whittaker in final moments of “Doctor Who” Christmas Special