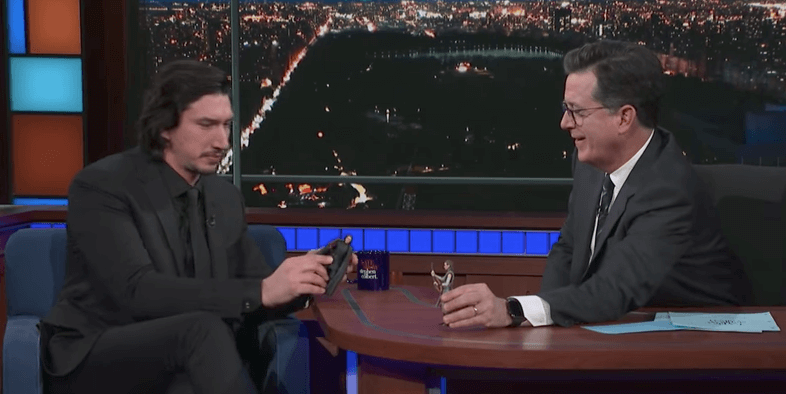 The Late Show with Stephen Colbert welcomed Kylo Ren himself, Adam Driver, as a guest last night to discuss his experience working on “Star Wars: The Last Jedi.”

Naturally, Driver wasn’t going to give up any spoilers for the new film but that didn’t keep Colbert from trying. The two used figures of Kylo Ren and Rey to “reenact” a scene from the movie, a bit Colbert used to try to get information out of Driver. It didn’t go the way he thought.

You can see what really happens between Rey and Kylo Ren in “Star Wars: The Last Jedi” in theaters now.