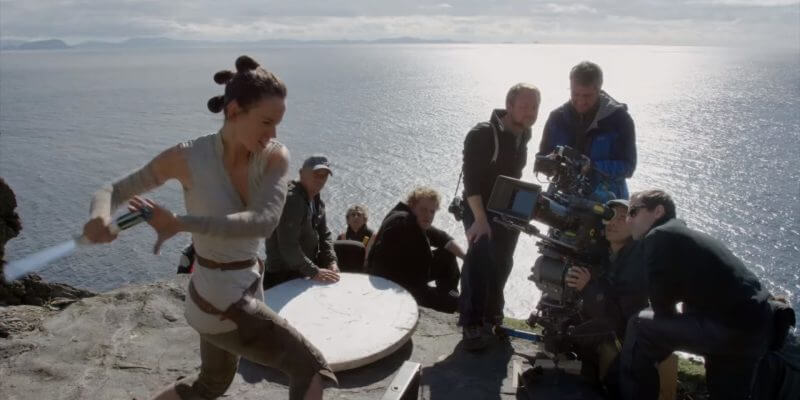 As I’ve said before on this site, I really enjoyed last year’s stand-alone “Star Wars” spinoff movie “Rogue One,” but the one thing it was missing was great melee combat action scenes (read: lightsaber fights). The new entry in the ongoing saga “Episode VIII: The Last Jedi” looks to more than make up for that shortcoming, as evidenced by a new behind-the-scenes video released today by Lucasfilm.

In the two-and-a-half-minute featurette, “Star Wars: The Last Jedi” stars Daisy Ridley (Rey), John Boyega (Finn), Adam Driver (Kylo Ren), Gwendoline Christie (Captain Phasma), and Kelly Marie Tran (Rose) are shown training for their extensive fight sequence in the new movie, and I have to say this clip has me pretty excited all over again to finally see the finished product.

“Star Wars: The Last Jedi” will be released into theaters nationwide on Friday, December 15th– just two weeks from today.