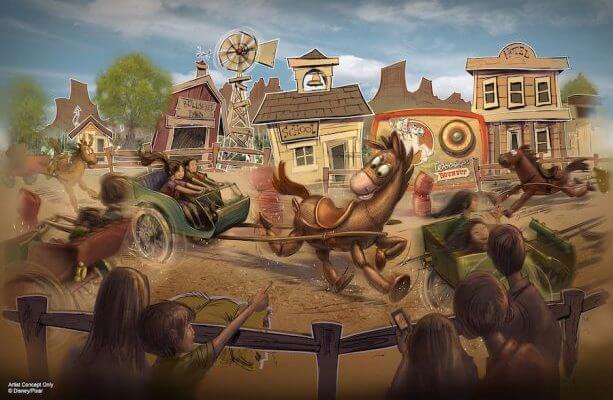 Last week, Disney shared a look at the new Disney Toy Story Land coming to Shanghai Disneyland some time next year. Today, as part of their 12 Days of Disney Parks Christmas, they gave us a more specific time frame.

The new Disney Toy Story Land will open at Shanghai Disneyland on April 26, 2018, giving the park its seventh themed land and making it bigger and better than ever before.