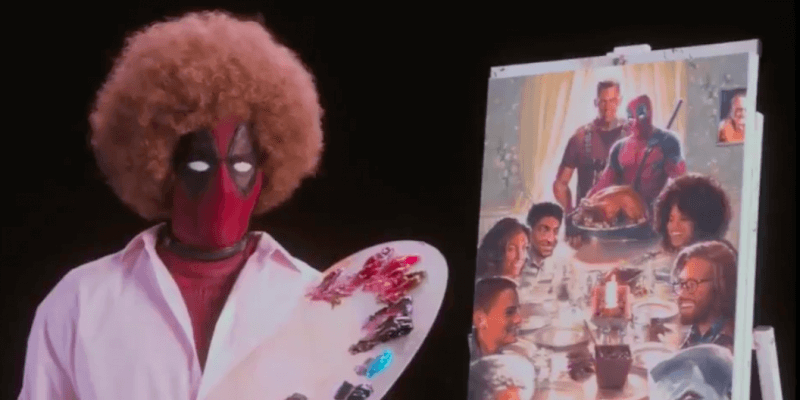 “Deadpool 2” is still almost half a year away and already the marketing for the highly-anticipated upcoming superhero film is ramping up in hilarious ways.

Last month, we got a hysterical teaser featuring Deadpool as a Bob Ross-esque painter. Today, “Deadpool” star Ryan Reynolds took to his twitter account to share some inspiring new art for the 2018 film.

Some might call this creation a masterpiece, but to me it’s just well hung art to be shared with the world. pic.twitter.com/O7ezRdGXX2

The new art features the Merc with a Mouth himself, as well as the mutant known as Cable, who will be played by Josh Brolin in the new movie.