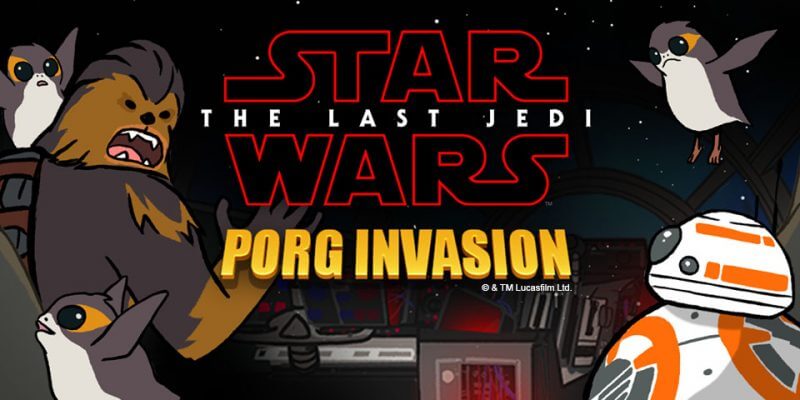 The porgs continue to take over the internet! A new Facebook game launched earlier today that involves Chewbacca fending off a Porg Invasion on the Millennium Falcon.

In the game, you control BB-8 and try to grab the porgs before they can damage panels of the Falcon. It’s quite the addictive little game.

“Porg Invasion” is available now on Facebook. The porgs have also officially made their theatrical debut as “Star Wars: The Last Jedi” is in theaters now.