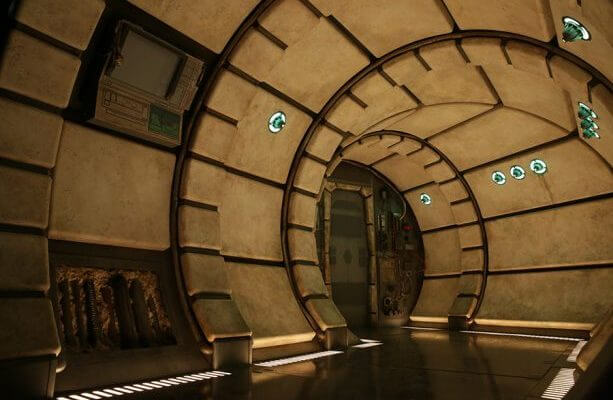 For their final installment of 12 Days of Disney Parks Christmas, Disney shared a few details on Star Wars: Galaxy’s Edge, which is coming to Disney’s Hollywood Studios and Disneyland in 2019.

You can see the full presentation from Star Wars: Galactic Nights in our video below.

Disney and Lucasfilm are working hard to create an authentic place in the “Star Wars” universe, bringing the Millennium Falcon and full-size X-wing starfighters to life in the parks. The team also discussed the depth of storytelling guests can look forward to in Star Wars: Galaxy’s Edge. The village marketplace is inspired by the markets of Istanbul and Marrakech and includes a rich variety of shops and merchant stalls. One stall is run by a Toydarian, one of the creatures encountered on Tatooine in “Star Wars: The Phantom Menace.” He’ll sell toys at his stall, which you can preview in the concept art below. All the toys found here are exclusive to this outpost and are hand-crafted by local artisans. The unique toys are guaranteed to be fun, in-story souvenirs from your time at Star Wars: Galaxy’s Edge.