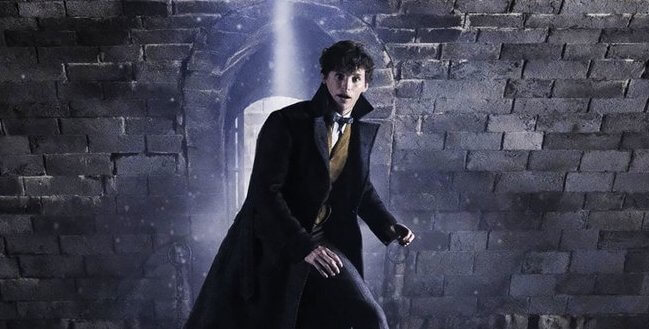 After much anticipation, we recently got a first look at Jude Law in character as Dumbledore for the upcoming “Fantastic Beasts: The Crimes of Grindelwald.” Now, Entertainment Weekly has a few more new images from the film.

In the first photo, Newt Scamander (Eddie Redmayne) appears to be on some kind of mission in the sewer tunnel system. In the second photo, Redmayne chats with co-star Jude Law on the set. Both are in costume, and Dumbledore looks a little more casual than he did in the official cast photo. “Fantastic Beasts: The Crimes of Grindelwald” arrives in theaters on November 16, 2018.

For more from the film set, head over to Entertainment Weekly.

Comments Off on PHOTOS: New images of Newt and Dumbledore from “Fantastic Beasts: The Crimes of Grindelwald”