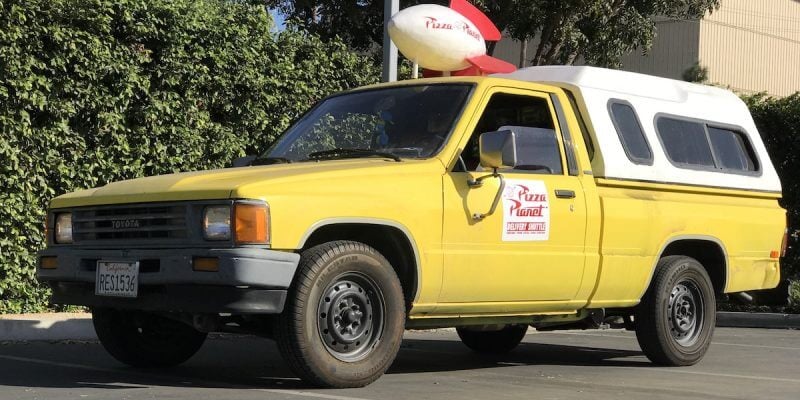 The Pizza Planet truck has become an icon, appearing not only in the “Toy Story” films, but throughout several Disney-Pixar movies. Spotting the recognizable vehicle has become a fun aspect of watching the studio’s films.

So naturally, one of Pixar’s many fans took it upon themselves to recreate the truck and Oh My Disney captured all of its magic in a series of photos. The fan-made recreation features several little details from the “Toy Story” movies, including the aliens hanging from the mirror, Woody in the toolbox in the back and of course “YO.” You can see the Pizza Planet truck’s most recent cameo appearance in Disney-Pixar’s “Coco,” in theaters now.