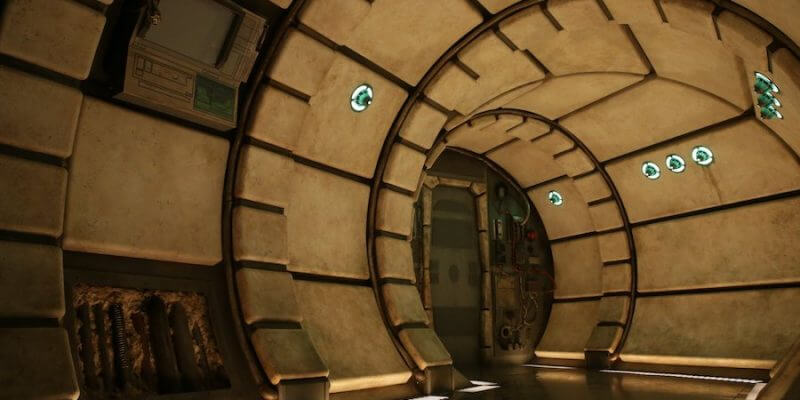 While anticipation is at an all-time high for the latest entry in the ongoing Star Wars movie series “Star Wars: The Last Jedi” opening this week, let’s not forget about the Star Wars: Galaxy’s Edge areas coming to Walt Disney World and Disneyland Resort in less than two years.

Today the official Disney Parks Twitter page posted the first photo from inside the sure-to-be-amazing Millennium Falcon flight simulator ride, which is already well under construction on both coasts.

The picture depicts an authentic-looking replica of the Falcon’s iconic corridor, complete with padded tubular walls and glowing green lights. Could this be the final section of the queue or pre-show area before stepping into the famous cockpit and taking off? It sure looks like it!

Star Wars: Galaxy’s Edge is scheduled to open sometime in 2019 at Disney’s Hollywood Studios in Orlando, Florida and the original Disneyland in Anaheim, California.