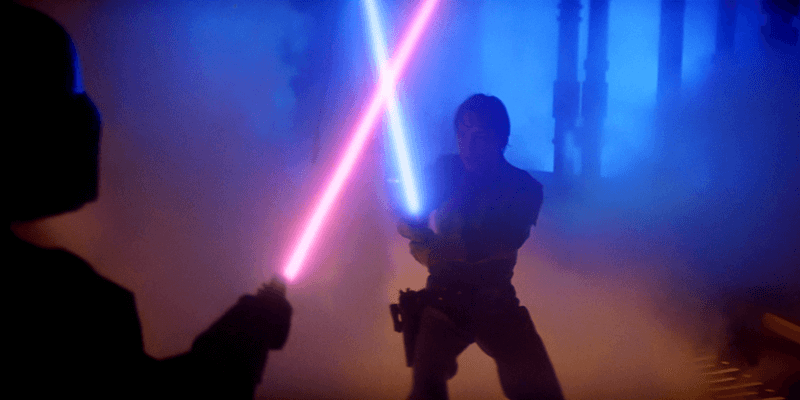 It’s the weapon of a Jedi Knight. It’s not as clumsy or random as a blaster. It’s an elegant weapon for a more civilized age. And now, it’s on display at Ripley’s Believe it or Not Museum in Hollywood.

Starting Saturday, visitors of the Hollywood museum will be able to see an iconic movie prop in person. For the first time, Luke Skywalker’s lightsaber from “The Empire Strikes Back” will be put on public display. Ripley’s purchased the prop for $450,000 at an auction last June. According to Ripley’s spokesperson Suzanna Smagala-Potts, this particular lightsaber prop was used on screen by Mark Hammil in certain scenes from Star Wars’ fifth episode, including one in which Skywalker uses the force to claim his weapon and narrowly escape an attack from a Wampa on Hoth. Ripley’s Believe it or Not Museum in Hollywood will be opening the new exhibit just in time for the theatrical release of “Star Wars: The Last Jedi,” which is in theaters now.