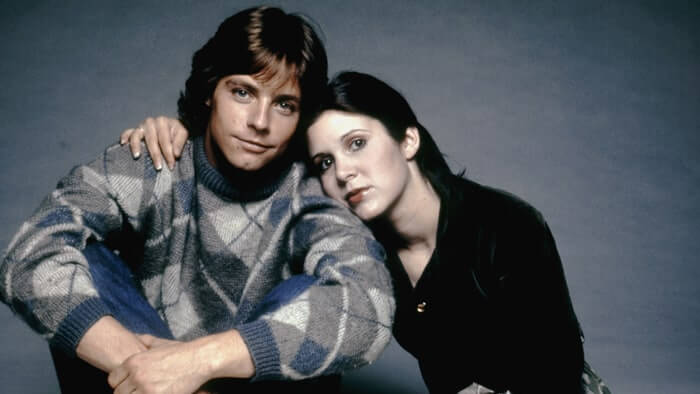 December 27, 2017, marks one year since the death of Carrie Fisher, and her “Star Wars” co-star Mark Hamill shared a lovely tribute to her on social media.

Hamill’s message “No one’s ever really gone…” is accompanied by photos of the pair, who played the iconic siblings Luke and Leia Skywalker in the “Star Wars” saga. The post also includes a great art print of Carrie and her beloved dog, Gary, by artist Lindsay Vanek.

Thank you so much for everything you were. We’ll make you proud, promise. #CarrieFisher #CarrieOnForever pic.twitter.com/MgpZrmDTV5

To us, she’ll always be royalty. ? You are missed, General. #CarrieOnForever pic.twitter.com/SVKlARBy3n

It's been one year since this sad day. We mourn the celebrities that touched us the most. Carrie Fisher was a true inspiration. ✨ #CarrieOnForever pic.twitter.com/VU5kbWZYok

You can find more tributes in the #CarrieOnForever hashtag on Twitter.

While Carrie Fisher will always be Princess Leia, her fantastic performances in “When Harry Met Sally,” “Catastrophe,” and “30 Rock,” are also among the most memorable for me.

Do you have a favorite memory of Carrie Fisher, “Star Wars” or otherwise? Share in the comments below.