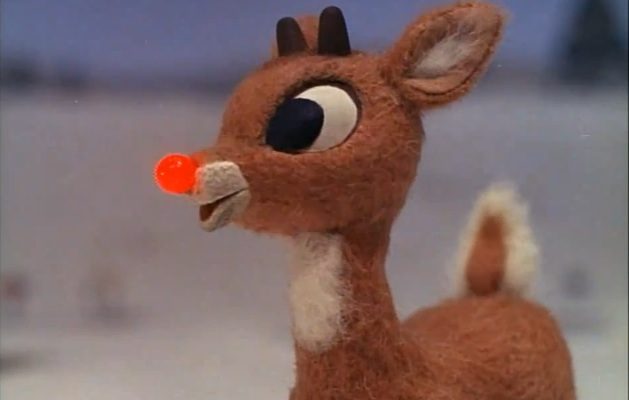 Christmas carols are a holiday tradition familiar to almost everyone who celebrates the season.  They are also the inspiration for many of the 19 Christmas specials produced by the Rankin-Bass company.

Animated classics like “Rudolph the Red-Nosed Reindeer,” “The Little Drummer Boy,” “Frosty the Snowman,” and “Santa Claus is Coming to Town” have been appearing on televisions at Christmastime since 1964. Though the last “animagic” special was released in 2001, these classics continue to appear every Christmas season to date. Though noted for their distinct style of animation, none of the actual animation work was done by the production company. Projects were, instead, farmed out to several different companies to complete the stop-motion or cartoon work.

With a very distinct appearance and animation style (known as “animagic,” a process that included using projections over stop-motion animation), “Rudolph the Red-Nosed Reindeer” (1964) became the company’s first Christmas special and its crown jewel. Based on the holiday song of the same name, this one-hour stop-motion animation television special showcased the voice talents of Burl Ives as snowman/narrator Sam the Snowman.

Over the next three and a half decades, Rankin-Bass productions produced 18 more holiday animated (both stop-motion and traditional) specials.  Shows like “Nestor the Long-eared Christmas Donkey” (1977, featuring Roger Miller) and “The Cricket on the Hearth” (1967, starring Danny Kaye and Roddy McDowell) were not as popular as classics like “Frosty the Snowman” (1969, Jimmy Durante and Jackie Vernon), “Santa Claus is Coming to Town” (1970, starring Fred Astaire, Mickey Rooney and Paul Frees), “The Year Without a Santa Claus” (1974 with Mickey Rooney and Shirley Booth), and “Rudolph’s Shiny New Year” (1976 starring Red Skelton).

In addition to Christmas specials, the company applied their unique animation style to a pair of Easter specials (starring the voices of Casey Kasem, Vincent Price, Danny Kaye and Fred Astaire). Tennessee Ernie Ford lent his voice to another holiday production, “Mouse on the Mayflower,” which was aired in 1968 as a Thanksgiving special.

“Mad Monster Party?,” an animated feature film featuring one of Boris Karloff’s last performances, was produced by Rankin-Bass Productions in 1967. Two J.R.R. Tolkien novels were given a traditional animation treatment: “The Hobbit” (1977) and “The Return of the King” (1980).

The most recognized of the non-holiday Rankin-Bass productions is “Thunder Cats” (1985) in which the name “Rankin-Bass” was even used a magic phrase.  Other cartoons created by the duo include “The King Kong Show,” “The Jackson 5ive,” “The Osmonds.”

Today, you can still see these nostalgic holiday specials as many of them return annually, beamed to television sets every Christmas season. Or, if you prefer, you can pick up your own Blu-ray copy containing seven of these classics from Amazon ($16.99). Do you have a favorite Rankin-Bass Productions Christmas special? Please tell your tales of tinsel time TV nostalgia in the comments below.