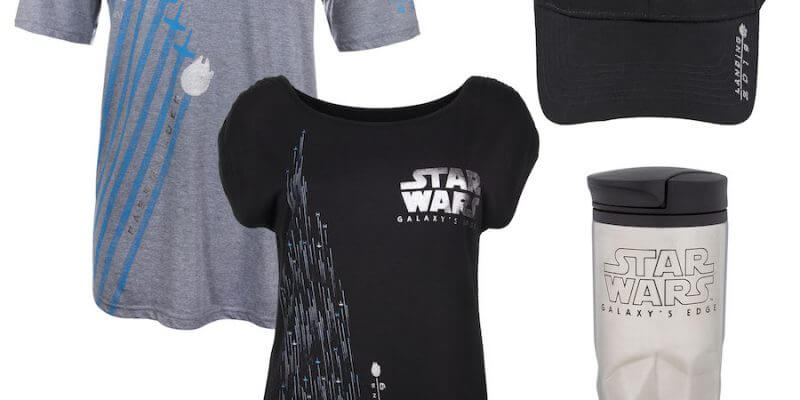 The first merchandise for Star Wars: Galaxy’s Edge was unveiled earlier this month at Star Wars: Galactic Nights, and now Disney has shared a closer look at the new items.

The assortment of men’s and women’s t-shirts, hats, and more are inspired by Star Wars: Galaxy’s Edge, which is currently under construction at Disney’s Hollywood Studios and Disneyland. The new Star Wars-themed land is set to open in 2019. These items arrived at select merchandise locations in Disneyland and Walt Disney World on December 17, so keep an eye out for them on your next visit.