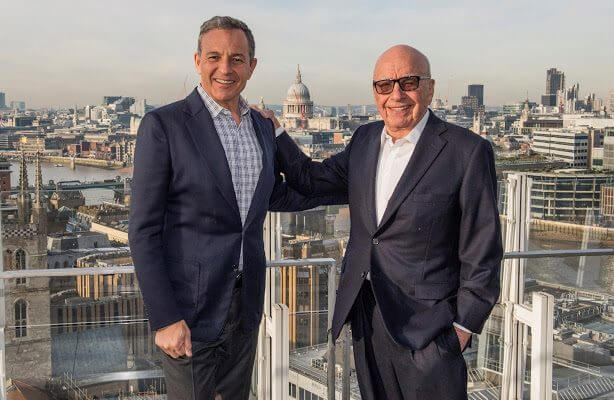 As a result of the deal announced today between Disney and 21st Century Fox, Bob Iger has agreed to continue as Chairman and Chief Executive Officer of The Walt Disney Company through the end of 2021.

Iger remains with the company at the request of 21st Century Fox and the Disney Board of Directors. “When considering this strategic acquisition, it was important to the Board that Bob remain as Chairman and CEO through 2021 to provide the vision and proven leadership required to successfully complete and integrate such a massive, complex undertaking,” said Orin C. Smith, Lead Independent Director of the Disney Board. “We share the belief of our counterparts at 21st Century Fox that extending his tenure is in the best interests of our company and our shareholders and will be critical to Disney’s ability to effectively drive long-term value from this extraordinary acquisition.”

Earlier this year, Iger’s contract was extended through July 2019. He had previously planned to step down in summer 2018. Iger took over for Michael Eisner as CEO in 2005 and was head of the company during the successful acquisitions of Pixar, Marvel Entertainment, and Lucasfilm. In 2016, Disney set a Hollywood record for annual global box office sales with $7 billion.

Rupert Murdoch, Executive Chairman of 21st Century Fox, is confident in the merger between Disney and 21st Century Fox. “I’m convinced that this combination, under Bob Iger’s leadership, will be one of the greatest companies in the world. I’m grateful and encouraged that Bob has agreed to stay on, and is committed to succeeding with a combined team that is second to none.”