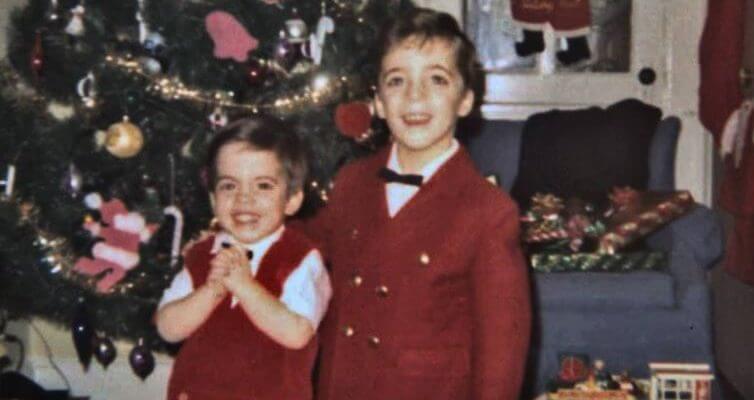 I was fortunate enough to enjoy the life-changing event of experiencing the original (1977) release of “Star Wars.”  That same year I had an amazing teacher who introduced me to reading and the wonderful world of J.R.R. Tolkien.  Both of these events fed my love for science fiction and fantasy and molded me into the proud geek that I am today. I’ve also enjoyed the advances in entertainment technology – from Super 8 film to HD MP4 and Pong to PC gaming.  Life, so far has been an amazing ride.

Extremely fortunate to have parents who encouraged this creativity and imagination, the holidays were a delight in this realm.  Star Wars and Star Trek toys, games and great books found their way under the tree.  With those fond memories in mind I present my personal geek wish list. Star Trek: TOS Bluetooth Communicator – Cell Phone Handset and Speaker – With Collectible Display Case
This is the stuff of dreams.  The ‘Trek walkie-talkie from childhood is probably to blame.  Further fueled by memories of the communicator tone that used to accompany my older flip phone, the desire to be able to carry on conversations via communicator is, in my honest opinion, a very logical one. The only thing that would make this T.A.R.D.I.S. USB hub better is if, like the iconic Doctor Who transport, it was bigger on the inside. Still, putting this to use on my desk is only a matter of time. A great galactic nod to the original “release” of Star Wars action figures, this one, at least actually comes with the toy (no waiting necessary).  Reminiscing over the thrill of finding a new action figure or vehicle still brings a smile to my face nearly forty years later. “From a Certain Point of View (Star Wars)” Hardcover

“Rosencrantz and Guildenstern are Dead” meets “Star Wars” in this clever collection of side stories. I’ve always enjoyed this style of storytelling as it brings new depth to familiar events. “Upon publication, Don’t Panic quickly established itself as the definitive companion to Adams and The Hitchhiker’s Guide to the Galaxy. This edition comes up to date, covering the movie, And Another Thing by Eoin Colfer and the build up to the 30th anniversary of the first novel.” –Amazon Douglas Adams was and still is my favorite author.  I devoured “the Hitchhiker’s Guide to the Galaxy,” and the 4 additional titles that completed the trilogy (you read that right, HHGTG is a five book trilogy – that’s just how things are in Adams’ world).  The BBC radio plays (which started the towel crazed fantasy) would keep me up well past bedtime.   Adams co-wrote a non-fiction book about visiting endangered creatures around the world.  It’s written in Adams’ absurd and amusing style (i.e. the best advice about dealing with snake bites is to avoid being bitten).  Some years after Adams’ untimely passing, the adventure was recreated for cameras. I will concede that some of the extra elements padding this single wonderfully whimsical adventurous story into a trilogy of movies were more than a bit weak.  Still, having cut my fantasy realms reading teeth on “The Hobbit,” having this as part of my collection is a treasure I’d love to enjoy again. The “Enterprise” patrolling the ceiling of my office looks lonely.  This Bird of Prey (made famous by the classic ‘Trek episode “Balance of Terror,” also from Diamond Select Toys) would make a perfect counterpart. “Calvin and Hobbes” and “The Farside” helped shape my sense of humor (along with Douglas Adams, Monty Python, Robin Williams, and Dave Allen) during my high school days.  I am lucky to have a copy of “The Complete Calvin and Hobbes” already; adding “the Far Side” comics to my library would complete the comic collection for me. I have been fortunate and am very grateful for the amazing adventures enjoyed while growing up.  I’m thankful my parents encouraged (and my brother and sister tolerated) my great geek growing experiences.  The items on the above wish list bring some of those magical memories back to life.  While compiling this fantasy list has been fun, remembering the terrific times that inspired their attraction is already a great holiday gift. Comments Off on My big fat geek wishlist