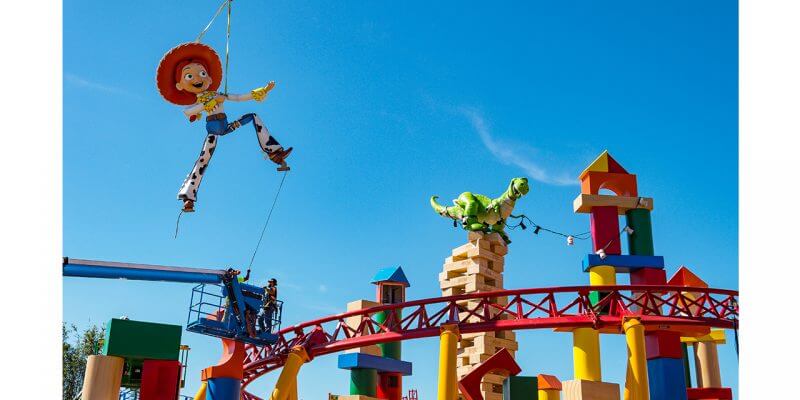 According to their storyline, while Andy is away, Jessie and Rex are helping install the last few lights on the tallest block tower in Andy’s toy block city. However, Rex has gotten himself tangled in the lights and Jessie must grab on to the other end to keep the dinosaur from tumbling down with the Jenga tower.

See Jessie and Rex find their new home in Toy Story Land in the video below.

Toy Story Land is scheduled to open in Summer 2018.