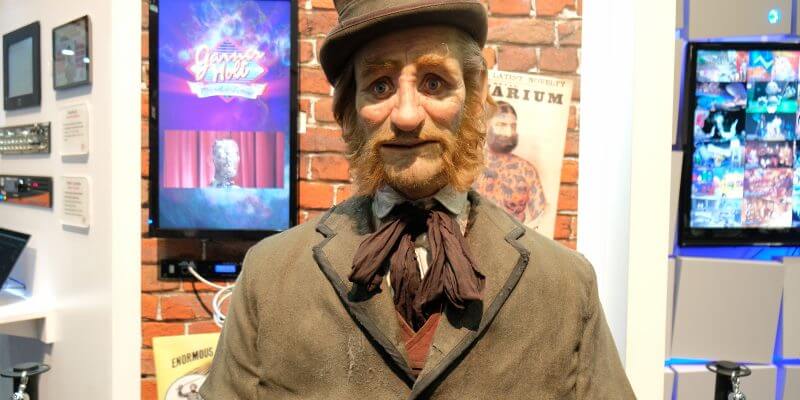 Garner Holt Productions, Inc. is the world’s largest themed attraction designer and animatronics creator. Recently, the company has gotten a lot of traction online from its popular Abraham Lincoln robot head. It was so popular that it was featured on Conan O’Brien’s talk show, where the figure’s face was shown reacting to comedic statements by celebrities.

At today’s convention the production company showed off another robot head. This robot head, similar to the Abraham Lincoln one is extremely expressive and capable of facial expressions, eye movements and other human like abilities. This robot head is only one of what GHP calls its “Living Faces of History,” an all-new line of animatronic characters featuring incredibly lifelike faces with a broad range of motion and expression.

Be sure to check out the rest of our coverage of IAAPA 2017, which will be continuing throughout this week.

Comments Off on VIDEO: New super-expressive animatronic debuts from Garner Holt at IAAPA 2017