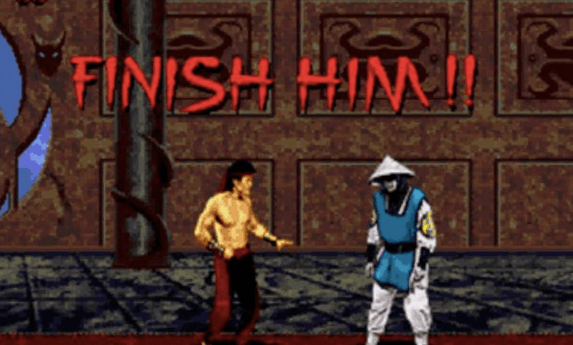 Some video games are so successful and so iconic they can simultaneously spark a feeling of nostalgia and be in the spotlight today. Mortal Kombat is one of those games.

Controversial at the time, Mortal Kombat’s grotesque violence launched it into almost instant iconic status. It became the game that every kid wanted to play. And amongst all the gore and fascinating characters, one thing seems to resonate most with those who played it: the voice.

Everyone remembers hearing that glorious call of “FINISH HIM!” before trying to find that right combination of buttons that would rip out your opponents spine and accidentally just kicking him in the shin instead. Well, Great Big Story spoke with the man behind the intimidating voice and it turns out, he’s not all that intimidating.

Steve Ritchie is best known as a pinball designer, having created more machines than anyone else in the history of pinball. He is also however, the man behind the satanic voice in Mortal Kombat.

Ritchie has voiced other “bad guys” for some of his machines and has undoubtedly recorded some other sinister sayings, but none more recognizable than “FINISH HIM!”

Comments Off on VIDEO: The guy who yelled “Finish Him” in Mortal Kombat is not nearly as intimidating as he sounds