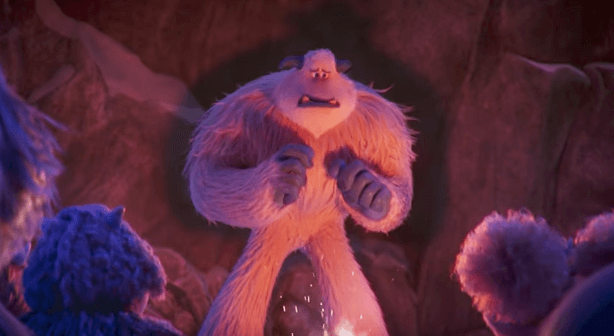 There are plenty of stories of the Abominable Snowman, the Yeti, and of course Bigfoot, and why we should fear these hideous creatures. But in Warner Bros’ upcoming animated feature, the shoe will be on the other foot, so to speak.

“Smallfoot” puts a comedic spin on the tale of the Yeti, telling the story from the point of view of the snow monster himself. The film’s first trailer shows a brief encounter between a Yeti named Migo, voiced by Channing Tatum, and a human.

WATCH – THE TRAILER FOR “SMALLFOOT”:

“Smallfoot” will also feature Zendaya, Danny DeVito, Gina Rodriguez and LeBron James and is scheduled to premiere in theaters September 28, 2018.