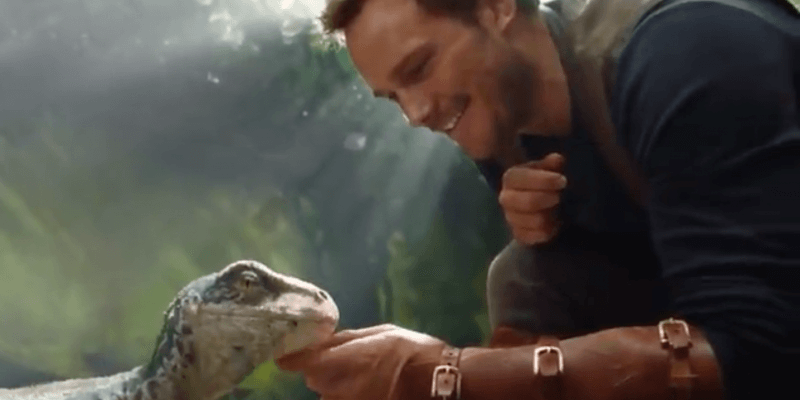 “Jurassic World: Fallen Kingdom” co-writer Colin Trevorrow has revealed the first bit of footage from the next installment in the dinosaur saga.

The footage, which shows a sweet moment between Owen Grady (Chris Pratt) and a baby Velociraptor, was presented as a Thanksgiving gift from the “Jurassic World” crew. Trevorrow, who directed “Jurassic World” and co-wrote the sequel with Derek Connolly, shared the scene on Twitter.

The footage is a little shaky, so it’s likely Trevorrow filmed it while watching on a screen. The dinosaur appears to be a baby version of Blue, the beta Velociraptor that appeared in “Jurassic World,” so this could be a flashback. It’s also possible that Blue has a baby of her own now.

The first official trailer for “Jurassic World: Fallen Kingdom” is expected soon, and the movie opens in theaters on June 22, 2018.