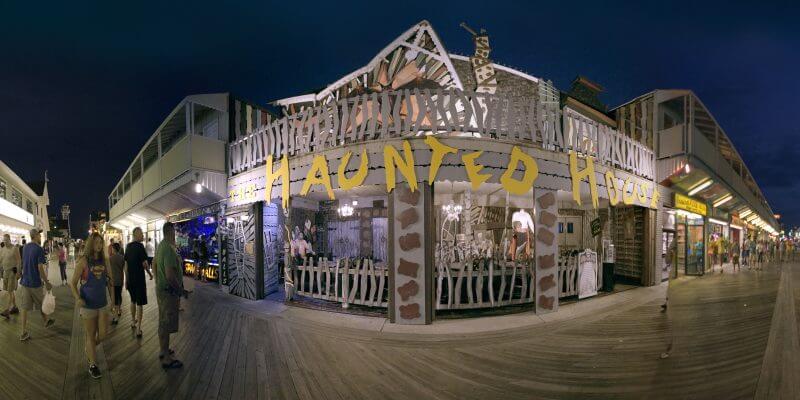 If you’re a regular reader of this website, chances are you grew up going to theme parks and their progenitors, small-town amusement parks. And what amusement park is complete without a spooky dark ride? I was raised on the Ghost House at Long Island’s Adventureland, a ride which has been altered drastically in the years since I was a kid. And I’ve always kind of wished I could relive it in its original state.

Fortunately for those like me, a video artist named Joel Zika has launched The Dark Ride Project, which seeks to chronicle America’s remaining spook houses, ghost trains, and old mills via the use of virtual reality.

The Dark Ride Project first launched about a year ago, and its official YouTube page already has an archive of about twenty-five different haunted attractions. Joel’s plan is to capture as many as possible using low-light 360-degree cameras before they disappear forever. In the interest of further spreading awareness about this endangered art form, Zika has also created a reality-TV style pilot called “American Dark Ride,” in which he takes viewers “on a journey through this nostalgic part of American entertainment history.”

Visit The Dark Ride Project’s official website for more information and to follow Joel Zika on his adventures with haunted attractions.