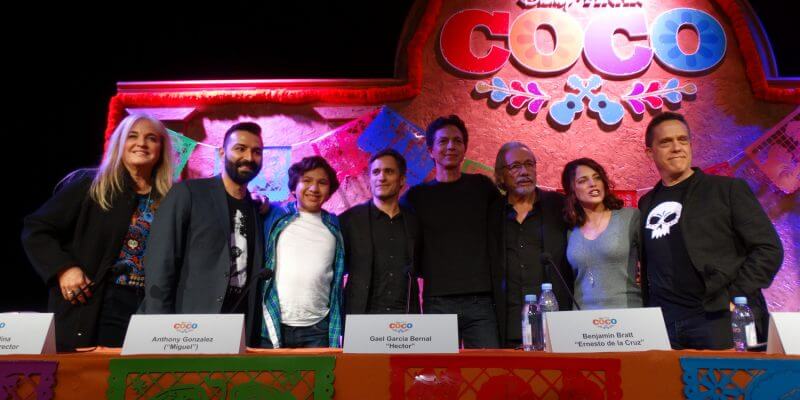 Pixar fans, get ready for the next big animation celebration, because “Coco” is almost here! The Disney-owned studio’s upcoming feature film centers around the Mexican holiday of Dia de los Muertos, and the cast and creative time behind the new movie couldn’t be more proud. On Thursday, they gathered together in Beverly Hills for a press conference to discuss the making of Pixar’s latest instant classic.


Just prior to the panel discussion, the media in attendance were treated to a brief but lively mariachi and dance performance in the traditional Mexican style. It certainly set the appropriate tone for the proceedings and helped the press get into the “Coco” mood.