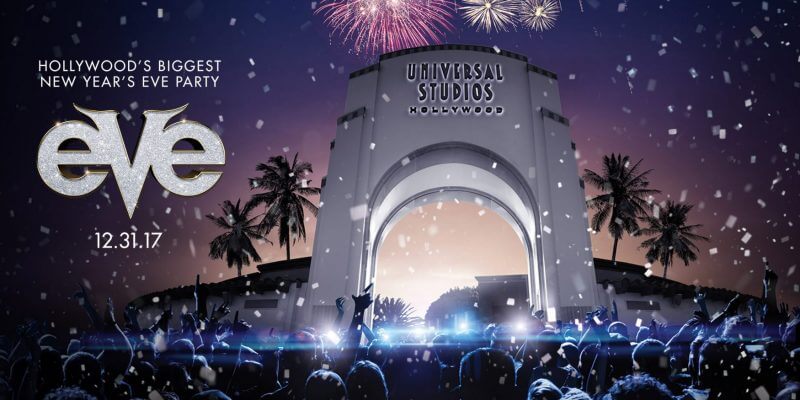 Universal Studios Hollywood is ready to ring in the new year and they plan to do so by throwing the biggest New Year’s Eve party in all of Hollywood.

EVE, a New Year’s Eve tradition at Universal Orlando, is making its way to the west coast for the first time ever, and will be included in the price of theme park admission. Universal Studios Hollywood invites guests to spend the day and night enjoying its many popular rides and attractions with a special park-wide countdown party featuring multiple entertainment hubs with DJs and live music, starting at 9 p.m. Universal Plaza, Simpsons Plaza located adjacent to “The Simpsons Ride” and an area near “Jurassic Park—The Ride” will transform into three uniquely-themed electrifying party hubs that will culminate simultaneously at midnight with a traditional New Year countdown and a spectacular fireworks display. Food and beverages, including specialty desserts, champagne, beer and wine, as well as 2018 memorabilia will be available for purchase. Guests can celebrate by enjoying the spirit of the holiday season, already resonating throughout Universal Studios Hollywood, including “Christmas in the Wizarding World of Harry Potter” and “Grinchmas.”