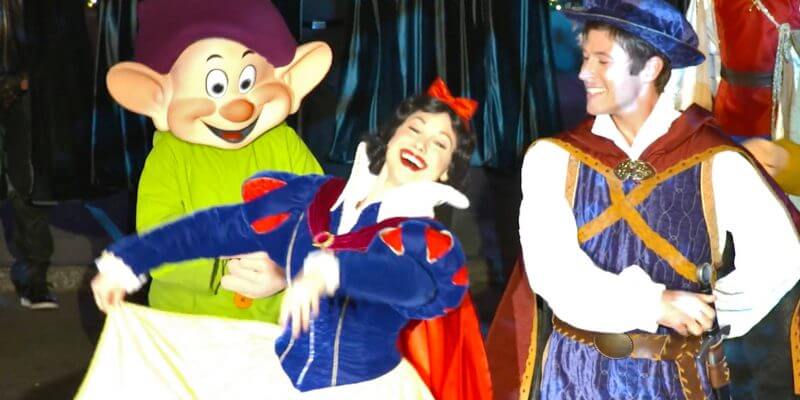 This year’s theme celebrates the 80th anniversary of Disney’s “Snow White and the Seven Dwarfs” and Saks Fifth Avenue transformed all fourteen of its Fifth Avenue-facing windows into scenes from the classic film. The vignettes, presented by Mastercard, show Snow White dancing with her woodland creature friends, the seven dwarfs returning home after a day of Heigh-Ho!-ing in the diamond caves, and the Wicked Queen with the infamous red apple.

See highlights from the window unveiling and light show, along with photos below. Sofia Carson, star of Disney’s “Descendants,” performed during the unveiling accompanied by a 40-person choir and appearances by Snow White, Snow Prince, and the seven dwarfs.