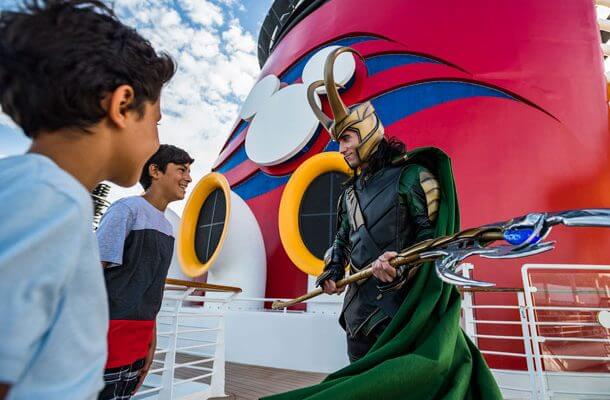 Marvel Day at Sea has already brought such popular heroes as Captain America, Thor and Spider-Man to the Disney Magic. What it needed was a little mischief.

Disney released photos today of Loki aboard the Disney Magic, playfully tormenting guests with his tricks as the villain made his debut at Marvel Day at Sea. 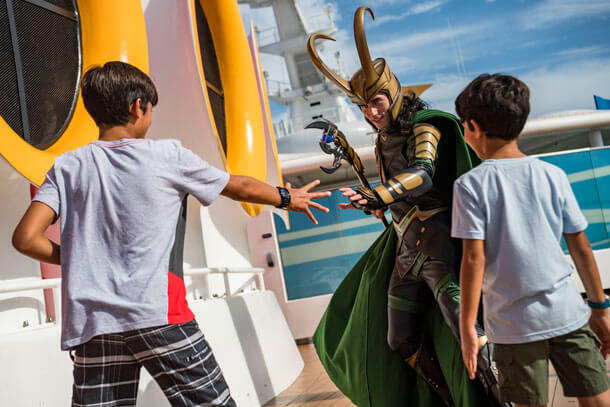 The god of mischief can be found with his adopted brother Thor, as guests can meet the pair of famed Asgardians as part of the heroic festivities. 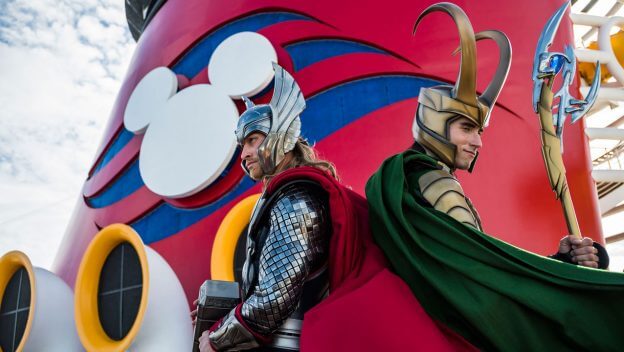 Thor and Loki also appear in the action-packed stunt show “Marvel Heroes Unite,” which sees your favorite heroes team up to take on some devious villains in an epic battle at sea.

Marvel Day at Sea is held on select 7- and 8-night Disney Cruises from New York this fall, and returns on select 5-night Western Caribbean cruises from Miami in early 2018.