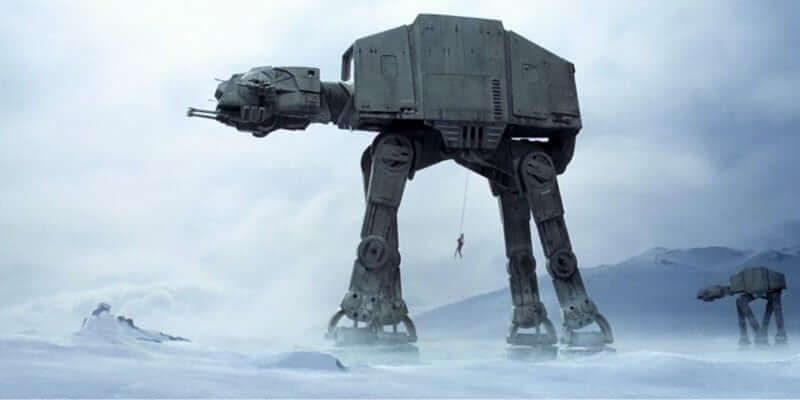 There have been plenty of fantastic popcorn buckets coming out of Disney theme parks lately, and some of the best ones are “Star Wars”-themed– I have my Darth Vader helmet and Han Solo in Carbonite buckets proudly displayed on my living room bookcase. But none of them have been quite as big (or as pricey) as the new Premium AT-AT Popcorn Bucket now available at the original Disneyland in Anaheim, California.

At $25 each, the AT-AT towers (literally) head and shoulders above most other buckets sold around the park, except maybe that big Oogie Boogie from “The Nightmare Before Christmas” that became available around Halloween Time. The Imperial Walker also comes with fully-articulated legs, so guests can recreate the Battle of Hoth while they munch on snacks around the park.

Naturally Disneyland attendees on Twitter have been rightfully freaking out about the brand-new merch inspired by “The Empire Strikes Back” and the AT-AT’s appearances in further “Star Wars” movies, among various other media.

I have an AT-AT in my living room, a sticker on my car, and AT-ATs on my sweater. Now I have my sweet bb #StarWars AT-AT POPCORN BUCKET from @DisneylandToday ? pic.twitter.com/62JqE3s7RP

There’s no word yet on if or when the AT-AT popcorn bucket will become available at Walt Disney World, but chances are it will happen in time for Galactic Nights and the release of “Star Wars: The Last Jedi” in just a couple weeks.