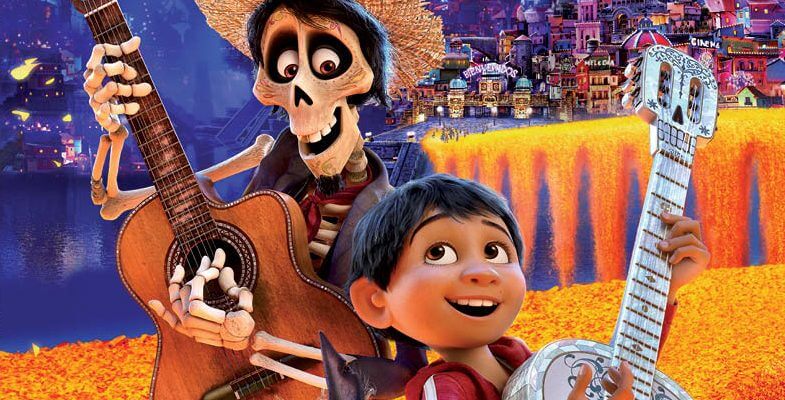 The official Disney fan club D23‘s quarterly publication “Disney twenty-three” is due for its next issue this winter, and we’ve just received word on the exciting content it will include.

The fourth and final installment of “Disney twenty-three” for 2017 will feature a glow-in-the-dark cover starring three characters from Disney-Pixar’s highly-anticipated upcoming feature “Coco”— Hector, Miguel, and Dante. Inside the pages of the periodical will be exclusive interviews with the movie’s creative team. Then film critic and historian Leonard Maltin will give us an 80th Anniversary look back at Walt Disney’s animated classic “Snow White and the Seven Dwarfs,” plus director Brian Henson and actor Michael Caine will discuss the 25th anniversary of “The Muppet Christmas Carol.” As if that weren’t enough, the issue will contain a revealing behind-the-scenes glimpse at “Star Wars: The Last Jedi” with director Rian Johnson and star Kelly Marie Tran, Josh Gad’s take on “Olaf’s Frozen Adventure,” and a peek at “Big Hero 6: The Series.” Not to mention a look back at 23 magical moments from D23 Expo 2017, regular features such as “A Walk with Walt,” “D Society,” “Ask Dave,” and more!

The winter issue of “Disney twenty-three” magazine will be sent out exclusively to D23 Gold Members soon. Be sure to visit the Official D23 Disney Fan Club‘s website for information on how to join!