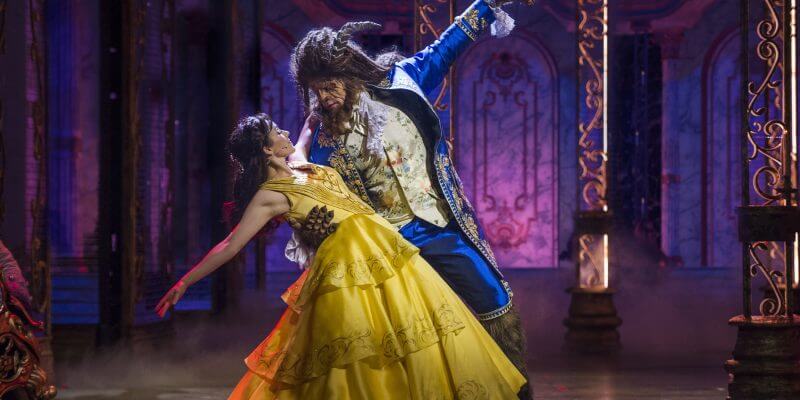 For months, we have been hearing all about a new stage show coming to Disney Cruise Line’s Disney Dream based on Disney’s animated classic, and more recently live-action hit, “Beauty and the Beast.”

WATCH – INSIDE “BEAUTY AND THE BEAST” STAGE SHOW:

The new show premiered earlier this week and brought a tale as old as time to life in a whole new way. The show draws inspiration from the live-action remake while maintaining some of the nostalgia and charm of the animated classic. The production combines classic storytelling with cutting-edge technology to create a truly unique experience for the audience. “How Does a Moment Last Forever” and “Days in the Sun” make their way to the stage while joined by the classics; “Belle,” “Something There,” “Beauty and the Beast,” “Gaston” and “Be Our Guest.” “Be Our Guest” was completely reimagined for the stage, turning the simple musical number into a full-fledged, multi-course French dinner rooted in imagination and fantasy. Rousing choreography and dazzling visual effects fill the stage during this spectacle “Beauty and the Beast” joins a lineup of Broadway-style stage productions aboard the Disney Dream that includes “The Golden Mickeys” and “Disney’s Believe.” The Disney Dream sails three- and four-night cruises to the Bahamas from Port Canaveral, Florida.