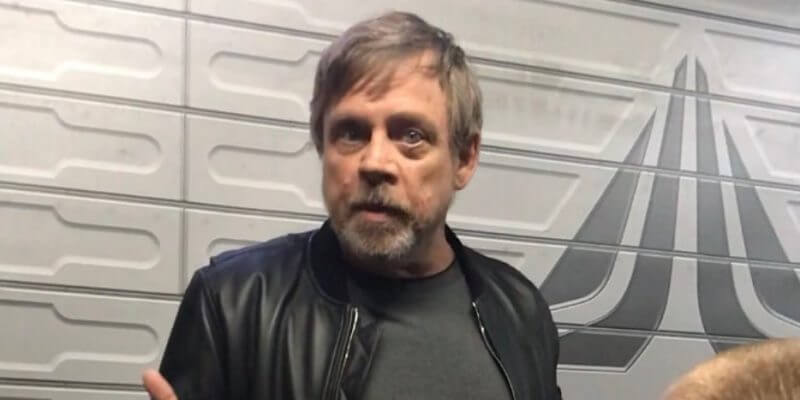 “Star Wars” fans know what a great, personable guy Mark Hamill (Luke Skywalker) is, and it’s also common knowledge that, like us, he’s a bit of a lifelong dork. That’s why it’s never surprising to hear him talk enthusiastically about old cartoons, or toys, or even theme parks.

Tonight Hamill made a surprise appearance at Disneyland in Anaheim, California– greeting guests aboard the StarSpeeder 1000 ride vehicle inside Star Tours: The Adventures Continue in the park’s Tomorrowland area, and delivering an excited “May the Force be with you!” before settling down for his journey in the front and center of the famous attraction.

The Force is strong with @HamillHimself as he surprised guests on Star Tours @Disneyland. #TheLastJedi pic.twitter.com/SoiH53VW6S

Fortunately Instagram user NerdByKnight was there to capture the rest of the experience on video.


Mark Hamill reprises his role as Jedi Knight (or is it Jedi Master?) Luke Skywalker in “Star Wars: The Last Jedi,” which opens Friday, December 15th in theaters nationwide.

I MEET MARK HAMILL ON #startours in #disneyland check out my profile for a full video ???