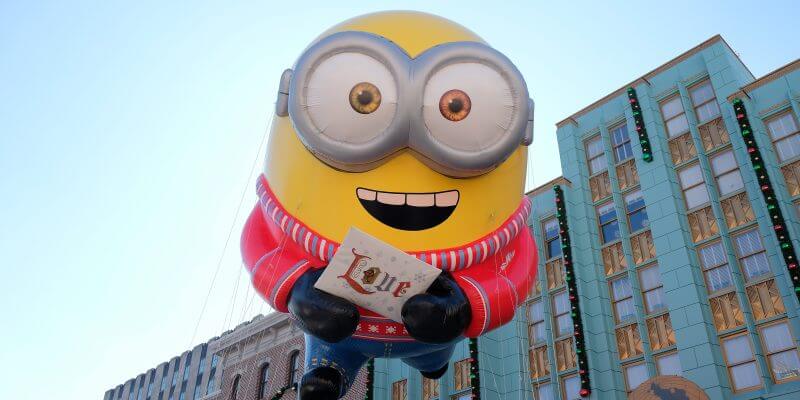 Universal has partnered with Macy’s for the past 15 years, spreading holiday cheer and magic in the Universal Studios theme park with stunning holiday themed parades.

The creators behind the spectacular holiday event were on hand at Universal Orlando to discuss the heartfelt inspiration behind it. “A little over a year ago we got together with our friends and said we’ve done this for fifteen years, it’s time to turn the page and do something totally different. We decided we were going to zero in on the holiday spirit of family, togetherness, of celebration, joy… and this is what inspired this entirely new parade.” The new holiday parade is full of heartwarming scenes of togetherness and family. This can clearly be seen with the “Shrek” and “Despicable Me” family scenes, which both feature the main casts families coming together during the holidays.

It’s a perfect opportunity to bring your own family together to enjoy a few warm and fuzzies this Christmas season.

Be sure to head over to Universal Orlando tomorrow to check out this new emotional holiday spectacular!