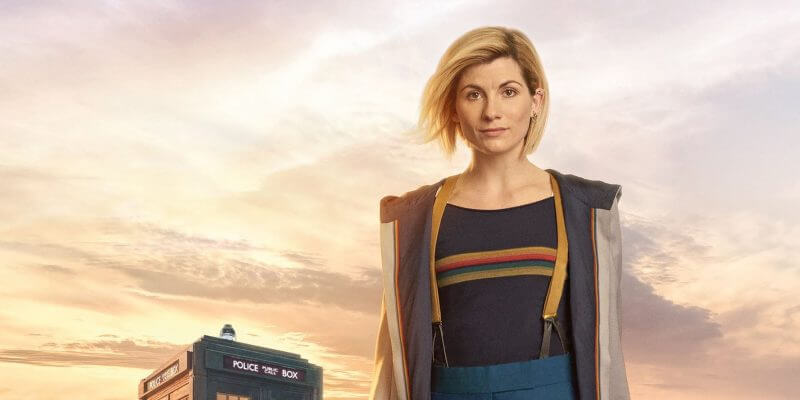 Jodie Whittaker made headlines in July when her “Doctor Who” casting was announced, making her the first woman to play the Time Lord in the show’s 54-year history. Now, the BBC has released the first photo of Whittaker in the Doctor’s new look.

With each regeneration, the Doctor’s personality and style changes. After Whittaker debuts on the series during this year’s Christmas special, she’ll be wearing pants, suspenders, a striped shirt, a long coat, and some lace-up boots. The stripes are definitely reminiscent of Tom Baker’s look as the Fourth Doctor, and Matt Smith’s Eleven was also a fan of suspenders. What do you think of the Doctor’s new look? Be sure to catch Jodie Whittaker’s debut in the Doctor Who Christmas Special, which airs on BBC America on Christmas Day.